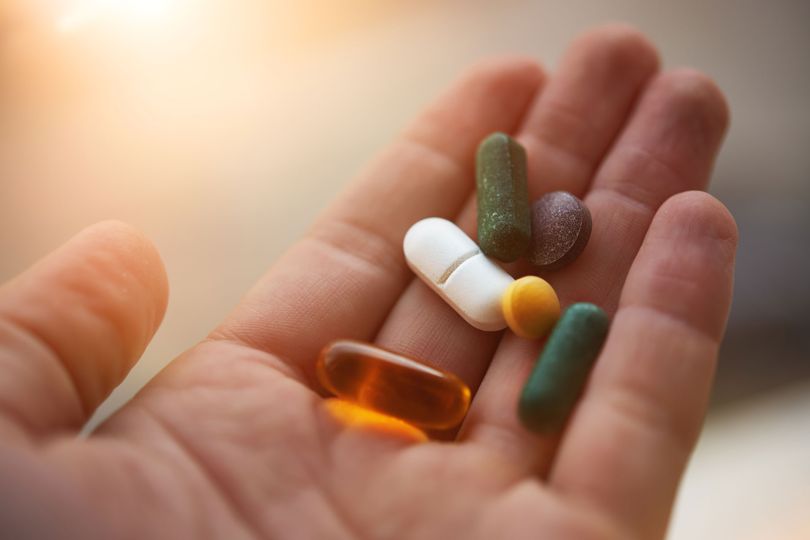 DARMSTADT, Germany, November 9, 2017/PRNewswire-FirstCall/ — Merck, a leading science and technology company, today announced that the National Institute for Health and Clinical Excellence (NICE) in the United Kingdom (UK) has issued a final appraisal determination (FAD) recommending Cladribine Tablets (MAVENCLAD(R)) as an option for treating highly active multiple sclerosis* in adults.1 Use of Cladribine Tablets is recommended only if the person has: rapidly evolving severe relapsing-remitting multiple sclerosis, that is, at least two relapses in the previous year and at least one T1 gadolinium-enhancing1 lesion at baseline MRI or relapsing-remitting multiple sclerosis that has responded inadequately to treatment with disease-modifying therapy, defined as one relapse in the previous year and MRI evidence of disease activity. This decision comes only two months after the European Commission granted marketing authorization for MAVENCLAD(R) in August 2017.2

«We are delighted NICE and the Appraisal Committee have reached this decision and consider this an important step in enabling rapid patient access to Mavenclad in England, Wales and Northern Ireland,» says Simon Sturge, Chief Operating Officer for the biopharma business of Merck. «The positive conclusion NICE has reached is testament to the value, cost-effectiveness and innovation Mavenclad brings to the multiple sclerosis treatment paradigm.»

NICE, an independent organization recognized internationally as a role model for providing evidence-based guidance on health and social care, recommended MAVENCLAD(R) for patients with rapidly evolving severe relapsing-remitting multiple sclerosis* or relapsing-remitting multiple sclerosis that has responded inadequately to treatment with disease-modifying therapy.** NICE recommendations about the use of new medicines, medical technologies and diagnostics identify the most clinically- and cost-effective treatments available.

«Oral Cladribine Tablets (Mavenclad) brings people with multiple sclerosis sustained clinical efficacy for up to four years with a maximum of 20 days of oral treatment over two years,» said Gavin Giovannoni, Professor of Neurology at Barts and The London School of Medicine and Dentistry, Queen Mary University of London. «This expedited recommendation is unprecedented in multiple sclerosis and highlights the significant value Mavenclad offers the NHS and other healthcare systems. The ease of use, low monitoring and treatment burden of this short-course oral therapy will free up much-needed resources within the NHS.»

The European Commission (EC) granted marketing authorization for MAVENCLAD(R) 10mg (Cladribine Tablets) for the treatment of highly active relapsing multiple sclerosis* (RMS) 2 in the 28 countries of the European Union (EU) in addition to Norway, Liechtenstein and Iceland in August 2017. MAVENCLAD(R) is the first short-course oral therapy that provides sustained disease control for up to four years with a maximum of 20 days treatment.

MAVENCLAD(R) is available for prescription in Germany and the United Kingdom. Merck plans additional global filings for regulatory approval of Cladribine Tablets in other countries, including the United States.

** defined as 1 relapse in the previous year and MRI evidence of disease activity.

About MAVENCLAD(R)
In August 2017, the European Commission (EC) granted marketing authorization for MAVENCLAD (R) (Cladribine Tablets) for the treatment of relapsing forms of multiple sclerosis (RMS) in the 28 countries of the European Union (EU) in addition to Norway, Liechtenstein and Iceland. MAVENCLAD(R) is a short-course oral therapy that selectively and periodically targets lymphocytes thought to be integral to the pathological process of relapsing MS (RMS). MAVENCLAD(R) is currently under clinical investigation and not yet approved for the treatment for any use in the United States or Canada.

— The CLARITY (Cladribine Tablets Treating MS Orally) study: a two-year Phase III placebo-controlled study designed to evaluate the efficacy and safety of MAVENCLAD(R) as a monotherapy in patients with RRMS.

— The CLARITY extension study: a two-year Phase III placebo-controlled study following on from the CLARITY study, designed to evaluate the safety and efficacy of MAVENCLAD(R) over an extended administration for four years.

— The ORACLE MS (Oral Cladribine in Early MS) study: a two-year Phase III placebo-controlled study designed to evaluate the efficacy and safety of MAVENCLAD(R) as a monotherapy in patients at risk of developing MS (patients who have experienced a first clinical event suggestive of MS).

— The ONWARD (Oral Cladribine Added ON To Interferon beta-1a in Patients With Active Relapsing Disease) study: a Phase II placebo-controlled study designed primarily to evaluate the safety and tolerability of adding MAVENCLAD(R) treatment to patients with relapsing forms of MS, who have experienced breakthrough disease while on established interferon-beta therapy.

The clinical development program of Cladribine in MS comprises more than 10,000 patient years of data with over 2,700 patients included in the clinical trial program, and more than 10 years of observation in some patients.

MAVENCLAD(R) is contraindicated in patients with hypersensitivity to the active substance, human immunodeficiency virus (HIV), active chronic infection (tuberculosis or hepatitis), active malignancy, moderate to severe renal impairment (creatinine clearance <60 mL/min), and those who are pregnant and breast-feeding. MAVENCLAD(R) is also contraindicated in immunocompromised patients, including patients currently receiving immunosuppressive or myelosuppressive therapy.

Special warnings and precautions for use:
The most clinically relevant adverse reactions were lymphopenia and herpes zoster.

Lymphocyte counts must be determined

— before initiating MAVENCLAD(R) in year 1,

— before initiating MAVENCLAD(R) in year 2,

— 2 and 6 months after start of treatment in each treatment year. If the lymphocyte count is below 500 cells/mmcubed, it should be actively monitored until values increase again.

Infections Cladribine can reduce the body’s immune defence and may increase the likelihood of infections. HIV infection, active tuberculosis and active hepatitis must be excluded before initiation of cladribine.

The incidence of herpes zoster was increased in patients on cladribine. If lymphocyte counts drop below 200 cells/mmcubed, anti-herpes prophylaxis according to local standard practice should be considered during the time of grade 4 lymphopenia. Interruption or delay of MAVENCLAD(R) may be considered until proper resolution of the infection.

Cases of progressive multifocal leukoencephalopathy (PML) have been reported for parenteral cladribine in patients treated for hairy cell leukaemia with a different treatment regimen.

In the clinical study data base of cladribine in MS (1,976 patients, 8,650 patient years) no case of PML has been reported. However, a baseline magnetic resonance imaging (MRI) should be performed before initiating MAVENCLAD(R) (usually within 3 months).

About Multiple Sclerosis
Multiple sclerosis (MS) is a chronic, inflammatory condition of the central nervous system and is the most common, non-traumatic, disabling neurological disease in young adults. It is estimated that approximately 2.3 million people have MS worldwide. While symptoms can vary, the most common symptoms of MS include blurred vision, numbness or tingling in the limbs and problems with strength and coordination. The relapsing forms of MS are the most common.

All Merck Press Releases are distributed by e-mail at the same time they become available on the Merck Website. Please go to http://www.merckgroup.com/subscribeto register online, change your selection or discontinue this service.

About Merck
Merck is a leading science and technology company in healthcare, life science and performance materials. Around 50,000 employees work to further develop technologies that improve and enhance life — from biopharmaceutical therapies to treat cancer or multiple sclerosis, cutting-edge systems for scientific research and production, to liquid crystals for smartphones and LCD televisions. In 2016, Merck generated sales of EUR 15.0 billion in 66 countries.

Founded in 1668, Merck is the world’s oldest pharmaceutical and chemical company. The founding family remains the majority owner of the publicly listed corporate group. Merck holds the global rights to the Merck name and brand. The only exceptions are the United States and Canada, where the company operates as EMD Serono, MilliporeSigma and EMD Performance Materials.